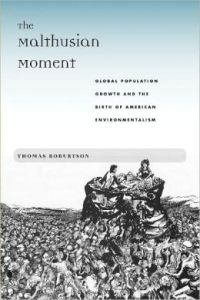 Having just finished teaching my environmental history course, I can attest that population control is one of the most contentious of all issues that students discuss.  Even though I bring in Paul Ehrlich’s The Population Bomb as part of a general discussion about the rise of the environmental movement, the discussion from it often dominates class, at the expense of other issues.  And well it should.  Population control isn’t just about China’s one-child policy, or the earth’s dwindling resources.  It also touches on hot-button issues such as racism, eugenics, and birth control.  It’s a wonderful lens through which we can examine an enormous range of problems that don’t seem, at first glance, to be related to the environment.

I was reminded of this by reading through Tom Robertson’s recent book, The Malthusian Moment: Global Population Growth and the Birth of American Environmentalism (Rutgers, 2012).  I just finished coordinating a roundtable on it for H-Environment.  I’ve posted here my introduction, which introduces the concept but also gives you a sense of who the commentators are.  These roundtables are designed for teaching and research, and there is no paywall.  So read, disseminate, and, most importantly, discuss!

It has been nearly half a century since the biologist Paul Ehrlich “dropped” The Population Bomb.  Although it struck some readers as a refurbished version of Thomas Malthus’s 1798 Essay on the Principle of Population, Ehrlich’s 1968 book raised new questions about a world of increasing numbers of people and limited resources.  It served as a call to action, linking responsible reproductive practices to a range of issues from agriculture to pollution, and it quickly found a place in the canon of the rising environmental movement.  The text has now crept into history, inviting an assessment of neo-Malthusian thinking in historical context, even as the pressures of world population continue to mount.

When The Population Bomb appeared, Ehrlich’s worry—sparked by a trip to India during which he witnessed people teeming about his taxicab—was widely shared.  President Lyndon Johnson had warned about the alarming rise in world population, and even conservative commentator William F. Buckley reflected that the “old dog Malthus turned out to be very substantially correct in his dire predictions” (163).  In a few years, though, that unity evaporated, and even among environmentalists Ehrlich found a few implacable foes.

How did that short-lived consensus about the population crisis come about, and how did it influence the environmental movement of the late 1960s and early 1970s?  And then, why did it cause such controversy? Thomas Robertson asks these questions in The Malthusian Moment, a book that treats the population crisis in historical perspective, tying it not only to the physical reality of increasing numbers of people, but to the cultural, intellectual, and political trends of the mid-twentieth century.  For Robertson, the wave of concern about population pressure did not merely a dust off of an old idea, but instead was an expression of concerns about poverty, hunger, and other serious issues in the wake of the Second World War.  From the 1940s to the early 1970s, an “unusual alignment” of historic forces created a Malthusian moment, contributing to the environmental movement.  These forces included population growth, certainly, but also included national security concerns, race relations, and women’s reproductive issues. The solutions offered during that era could be either “extremely liberating or shockingly repressive” (8).

One of this roundtable’s commentators is Toshihiro Higuchi, who completed his Ph.D. at Georgetown University in 2011.  Now a faculty fellow at University of Wisconsin-Madison, Higuchi’s work focuses on the international dimensions of environmental issues during the Cold War.  His dissertation, on the global nuclear fallout controversy, won the 2012 Oxford University Press USA Dissertation Prize in International History.  In the dissertation, Higuchi pointed out the need to bridge the gap between cold war history and environmental history.[1]

I invited Amy L. Sayward to comment on Robertson’s book because of her work on postwar international organizations, including ones that tried to address concerns raised by neo-Malthusians. Sayward is Professor of History at Middle Tennessee State University.  When I visited the archives of the Food and Agriculture Organization in Rome several years ago, the staff presented me with two “bibles”—one was a finding aid, and the other was Sayward’s book The Birth of Development (written under the name Amy L. S. Staples).  The book highlights the role of FAO and other international agencies to confront hunger, and it shows how some of the most ambitious postwar dreams clashed with national interests in the United States, Europe, and elsewhere.[2]

Saul Halfon’s work touches directly on the population questions raised in The Malthusian Moment.  Currently an Associate Professor at Virginia Tech, Halfon has demonstrated the ways in which the international population problem was reframed during the 1990s, when a new consensus emerged that emphasized women’s empowerment as a solution to an array of problems.  In The Cairo Consensus, he highlights the importance of demographic and health surveys in establishing a shared discourse between women’s issues and the population crisis.[3]

Sabine Höhler has written on many of the same people and events discussed by Robertson.  She is currently an Associate Professor in Science and Technology Studies at the Royal Institute of Technology, Stockholm.  Her work is animated by the notion of “Spaceship Earth,” which encapsulates both the fragility of life and reliance on science and technology. Her work explores the connections between environmental consciousness and the space age, and she shows how the images of spaceships and lifeboats were used to illustrate the problems and potential solutions to population pressures.[4]

The roundtable, along with all the others, can be accessed (for free) at http://www.h-net.org/~environ/roundtables.html

A direct link to this roundtable’s PDF is http://h-net.org/~environ/roundtables/env-roundtable-3-3.pdf

[1] Toshihiro Higuchi, “Radioactive Fallout, the Politics of Risk, and the Making of a Global Environmental Crisis, 1954-1963,” Ph.D. dissertation, Georgetown University, 2011. 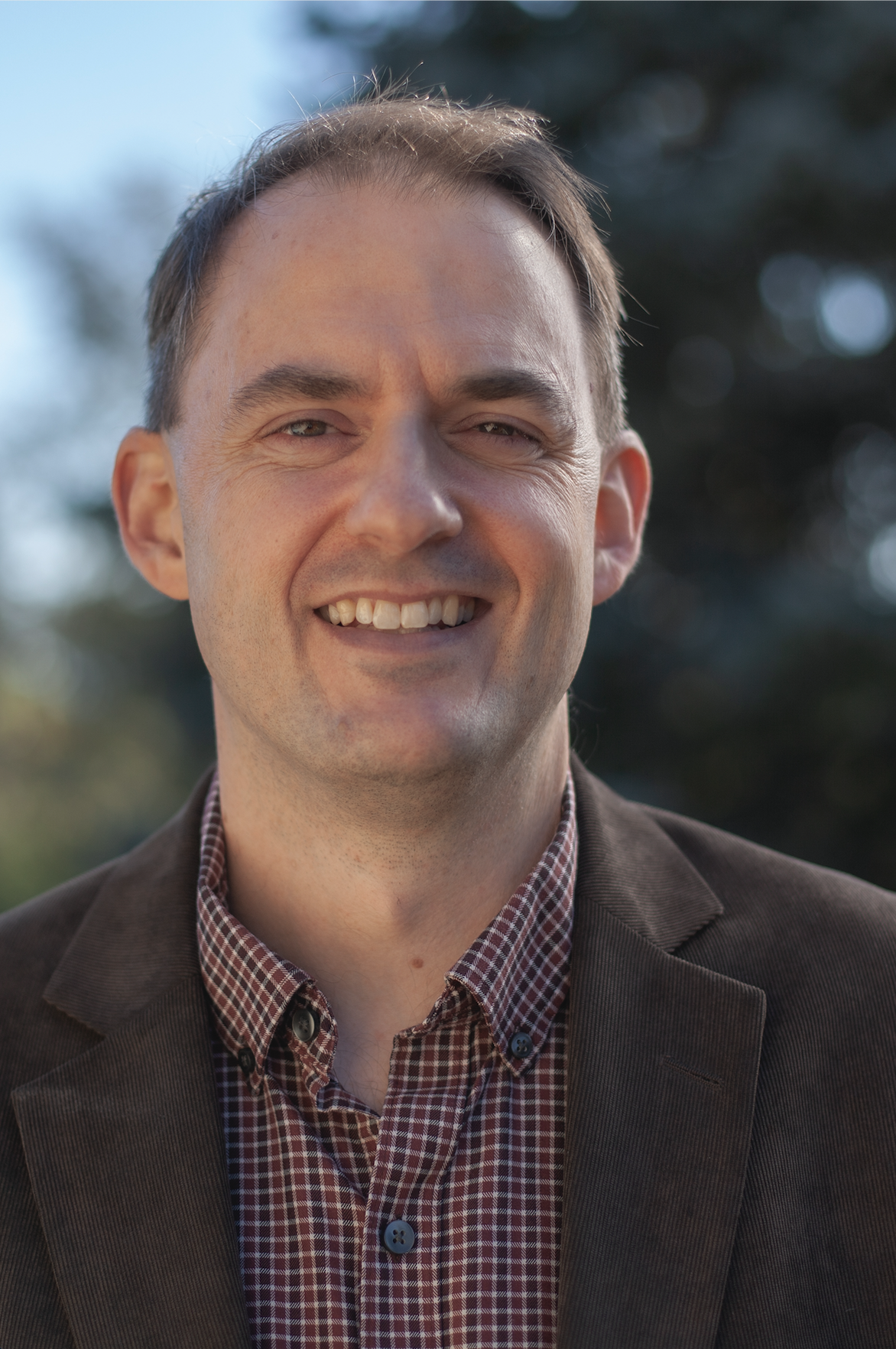