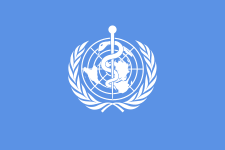 The World Health Organization’s first major assessment of the impacts of the Fukushima nuclear disaster is unlikely to resolve anyone’s concerns.  That’s because media coverage will happily reinforce whatever you expected to learn.  Like all radiation reports since the first ones were created in the mid-1950s, the details are immensely vulnerable to manipulation, depending on what you wish to emphasize.

Because I get email digests of news related to “radiation effects,” I got a few about this one, released today (Feb 28, 2013).

Bloomberg’s headline: “Fukushima Radiation Increases Cancer Risk for Girls: WHO.”  Sounds bad, doesn’t it?  Because I have two daughters, I was particularly concerned by it.  And reading the article, I learned that girls in the area of Japan’s northeastern Fukushima prefecture have as much as 70 percent greater probability of developing thyroid cancer in their lives, because of the accident.  They also have a 6 percent higher risk of developing breast cancer.  Combined with an earlier Stanford study showing that the accident may account for 1,300 cancer deaths worldwide, the news doesn’t look good.

Unless you read the New York Times.  Its headline: “W.H.O. Sees Low Health Risks from Radiation Accident.”  That’s the big take-away from this same report?  The tone is decidedly upbeat, observing that there would likely be no observable increase in cancer rates in the wider Japanese population, with only “certain types” of cancers occurring at higher rates in children exposed to the highest doses of radioactivity.  It also notes that many of the disaster’s impacts would be psychological, and that allaying people’s concerns is high on Japanese officials’ minds.  Some are downright mad at the WHO for even addressing the subject. One nearby town mayor voiced his “extreme anger over this excessive analysis.”

The New York Times does mention those things that were highlighted prominently in the Bloomberg piece, deeper in the article.  But the difference in tone between the two headlines (and much of the text) reminds me so much of how the topic of radiation has been covered year after year, with some newspapers playing up the harm and others playing it down.  The pattern started with the first reports on the biological effects of radiation in 1956 by the US and UK, both of which were delicately negotiated reports about specific dangers and effects.  Back then, some were quick to point out that there would be global and local consequences to any amount of radiation, while just as many tried to reassure readers that we are surrounded by radiation and thus the additional amounts were negligible.

The similarities between then and now are eerie.  Many of them I’ve written about before, in an essay on Fukushima and the motifs of nuclear history.  Today, I have to admit that it is strange to continue seeing citations of the Atomic Bomb Casualty Commission’s work on Hiroshima and Nagasaki survivors. Then again, it’s better than having a much wider data set.

Personally, I get a little irritated when I see people talk about psychological effects, because it echoes the mentality of atomic energy officials in the 1950s and 1960s who brooked no dissent by their allegedly “irrational” and “emotional” critics, and they routinely painted a contrasting portrait of themselves as “sober,” “calm,” or “rational.”  It’s a tired theme.  But even if you disagree with me on that, you’ll still be perplexed by the articles. Maybe reading them side by side, you’d say “oh, this is how Bloomberg chose to frame these facts, and this is how the New York Times did it.”  That would be ideal, and it would make a great classroom exercise.

In the meantime, from the headlines, you’d never know it was the same report.  Fortunately, in this day and age, you can go to the source.  You can read it for yourself here.  A nickel says you won’t.