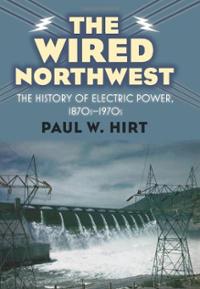 Driving eastward from Portland, Oregon, in the shadow of Mount Hood, it is easy to get the feeling of entering a gorgeous wilderness, away from human development.  On the right, the verdant cliffs and hills of the Cascades.  On the left, the wide Columbia River, flowing toward the Pacific.  Depending on your mood, the scene can take on mythic proportions—so huge are the cliffs, so tall the trees, so impressive the river.  A few miles later, any thinking person has to make some sort of adjustment, as the Bonneville Dam comes into view.  The scene is no less breathtaking.  The dam appears as a fortress.  It is a wall of gray, holding back immense pressure, and when the water flows, its violence is captured by brilliant white foam, amidst the majesty of the area’s natural beauty.  For the imaginative, the sight is downright Tolkienesque.

Such constructions have been the historical backbone of reliable electrical power in the Pacific Northwest—a region that includes Canada’s British Columbia and the U.S. states of Washington, Oregon, and Idaho.  Many of these behemoths were envisioned and built long before there was sufficient demand to justify them.  They contributed to a regional electrical network that crossed state and international borders, while making permanent alterations to existing natural systems.  It is just the kind of complex story that environmental historians are ideally suited to tackle. “Wiring” such a vast region meant transforming nature and mobilizing capital and people, while creating private/public partnerships, state and international rivalries, and often enormous profits.

In The Wired Northwest, Paul W. Hirt provides a sweeping history of the region’s electrification network.  He shows how powerful corporate and state interests behind electricity projects collided with other groups, including indigenous peoples, politicians, and other industries (such as salmon fishing).  Because many of the utilities were publicly owned, the story provides a useful lens for exploring how these contentious stories played out, when the notion of public good was contested by so many different people. Hirt’s ambition is to use history as a guide, seeing the experience of a century’s worth of hydropower to inform debates about a sustainable future.

I asked Eve Vogel, a geographer at the University of Massachusetts, Amherst, to comment on The Wired Northwest.  She shares with Hirt a deep interest in the Columbia River system, including its use as a means of promoting regional identity.  In her work Vogel has pointed out how that sense of identity was careful crafted for political purposes by New Deal-era planners.  Calling for a blend of “critical geographic perspective with careful historical research,” Vogel writes that we should carefully re-examine how and why notions of region are promoted and practiced over time.[1]

Adam M. Sowards, an associate professor of history at the University of Idaho, has a deep knowledge of the tension between large-scale development and public good. His study of Supreme Court justice William O. Douglas, who favored a “bill of rights” for wilderness and argued for public hearings on development issues, reminds us that the public/private divide is only one aspect of large-scale technological systems. Douglas was critical of excessive road-building, he tried to protect wilderness from development, and he strove to ensure that citizens’ voices were heard.  He also was skeptical that state-run organizations, such as the Army Corps of Engineers or the U.S. Forest Service, could be counted upon to reflect the public interest.[2]

Donald C. Jackson, a professor of history at Lafayette College, has written extensively about hydroelectric power, particularly on dam building.  In a study of John S. Eastwood’s attempts to develop the multiple-arched dam, Jackson observes that design choices are not mere technical issues. Instead, they reflect financial interests, inertia, and a great deal of political machination.  The dams themselves are an essential part of the story.  Eastwood’s dams were less expensive, and ultimately they entailed less bureaucratic control.  Jackson suggests that the opposition to them came from the state agencies and engineers who would have less of a role, or stake, in them.[3]

Our final commentator is H. V. Nelles, the L.R. Wilson Professor of Canadian History at McMaster University. In his influential 1974 book, The Politics of Development, Nelles showed how the government of Ontario, despite the appearance of maintaining control of economic development, deferred to the decisions of private businessmen.  Not only did this put public projects into the hands of industry, it enriched American investors who played the competing goals of governments in Ottawa and Washington against each other.  More recently, Nelles has shown how even iconic wilderness areas, like Banff National Park, have been made to serve functions for economic development, particularly hydroelectricity.[4]

[1] Eve Vogel, “Defining the Pacific Northwest among Many Possibilities: The Political Construction of a Region and Its River During the New Deal,” Western Historical Quarterly 42:1 (2011), 28-53.

[3] Donald C. Jackson, Building the Ultimate Dam: John S. Eastwood and the Control of Water in the West (Lawrence: University Press of Kansas, 1995).