I was delighted to have Giff Johnson come to my class yesterday.  It was bizarrely good timing.  A fellow professor contacted me to ask if there was anything I was teaching that might be relevant to the radioactive fallout that afflicted the Marshall Islanders beginning in the 1950s.  It turned out that Giff Johnson, husband to Darlene Keju, longtime advocate for education about the victims near the US nuclear proving grounds in the Pacific, was planning to be in town on Wednesday.  It just so happened (crazy timing!) that I was lecturing that day on the Bravo test at Bikini atoll in 1954–the infamous 15 megaton blast that coated the Japanese Lucky Dragon fishing boat with debris, surprised the scientists who underestimated its size, and introduced a new phrase to global consciousness: nuclear fallout.

It was a pleasure to meet Giff Johnson, who is busy telling Darlene Keju’s story in colleges, high schools, middle schools, and to whoever will listen.  He recently wrote a biography of her.  She spent years drawing attention to the injustice of the testing, the relocation, the health care, and the compensation, and she succumbed to cancer herself in 1996.  The book is called Don’t Ever Whisper: Darlene Keju, Pacific Health Pioneer, Champion of Nuclear Survivors.  There’s also a website about it. I showed this video in class, and it is worth a view.  It’s a sobering reminder of how easily these vulnerable people had their lives and lands disrupted, and corrupted, forever.

2 thoughts on “Don’t Ever Whisper: The Marshall Islands Story” 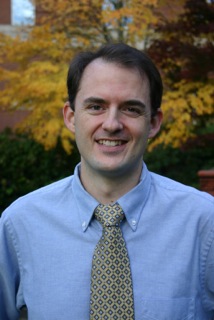